Incidentally, I attended opening night of “Shelter” at the Duke Energy Theater at Spirit Square on the opening night of Hurricane Matthew, a Category 5 storm expected to ravage much of the U.S. Southeastern coast. Despite most of the state (including Charlotte) suffering only light rain showers last Friday, I was glad to enjoy the haven of “Shelter”, the joint dance concert presented by Juliana Tilbury, founder and director of PLEXUS|dance, and Sarah Council, founder and director of Sarah Council Dance Projects. 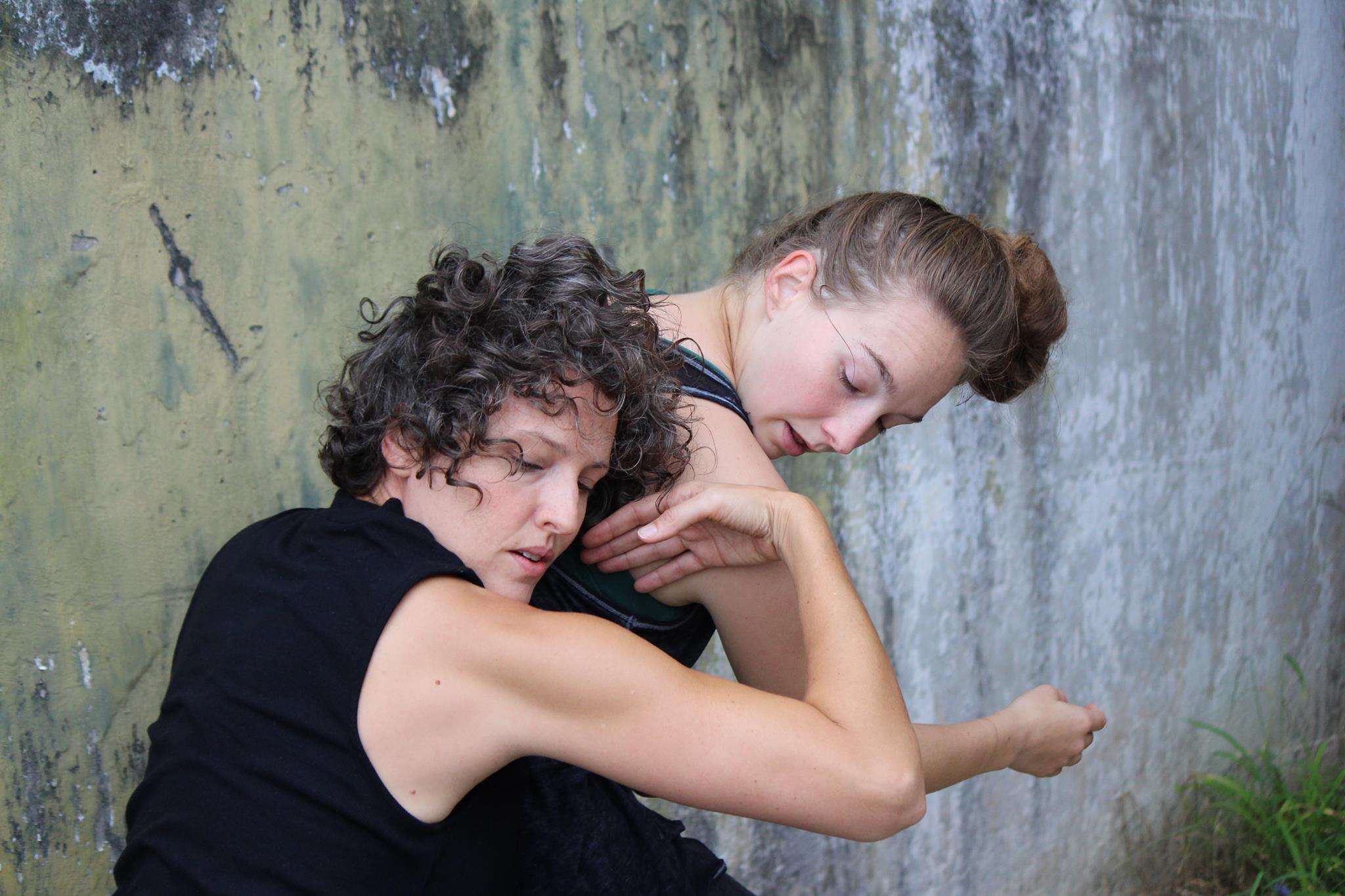 I became a fan of Dislocate when I saw the duet version at the North Carolina Dance Alliance’s Dance Swap in April. Choreographed by Sarah Council with the dancers, the quartet rendition in its Charlotte premiere brought back Sarah Ingel, this time with Charlotte Duncan, Breanne Horne, and co-producer Juliana Tilbury (spoiler alert… she’s in everything!). As the lights dimmed I tried to clear my memory of the earlier version, just to go into it with a clean slate. But as the four dancers entered, walking slowly in a single file diagonal line, this Dislocate already looked different. At times the women, wearing different shades and shapes of sleeveless collared shirts and leggings, moved communally; they partnered, supported each other, and breathed together (a lot). Other times they broke apart (most notably the closing solo by powerhouse Sarah Ingel), but their sense of unity was always apparent. Council’s crafted choreography, set to the music of contemporary dance favorite Mike Wall, was often gestural, but not minimal. The dancers moved with precision and fluidity (a cohesive quality that lingered throughout the show). My enjoyment was only interrupted by the hissy sound quality of recorded interviews with two international refugees (I only know this from Dance Swap) provided by Project 658.

There was a slight disconnect in Dislocate, as four Caucasian (at least looking) women dancing to the heavily accented voices of African (at least sounding) refugees seemed a bit disparate. But when I shifted my gaze and just watched the dancers unfold in this thoughtful work without overthinking the context, I found myself savoring Dislocate with more ease. The piece concluded with the dancers again walking slowly, this time to stage left, suggesting traveling or moving forward. One hopes that these bodies/voices find a home and sense of belonging, where ever they land. 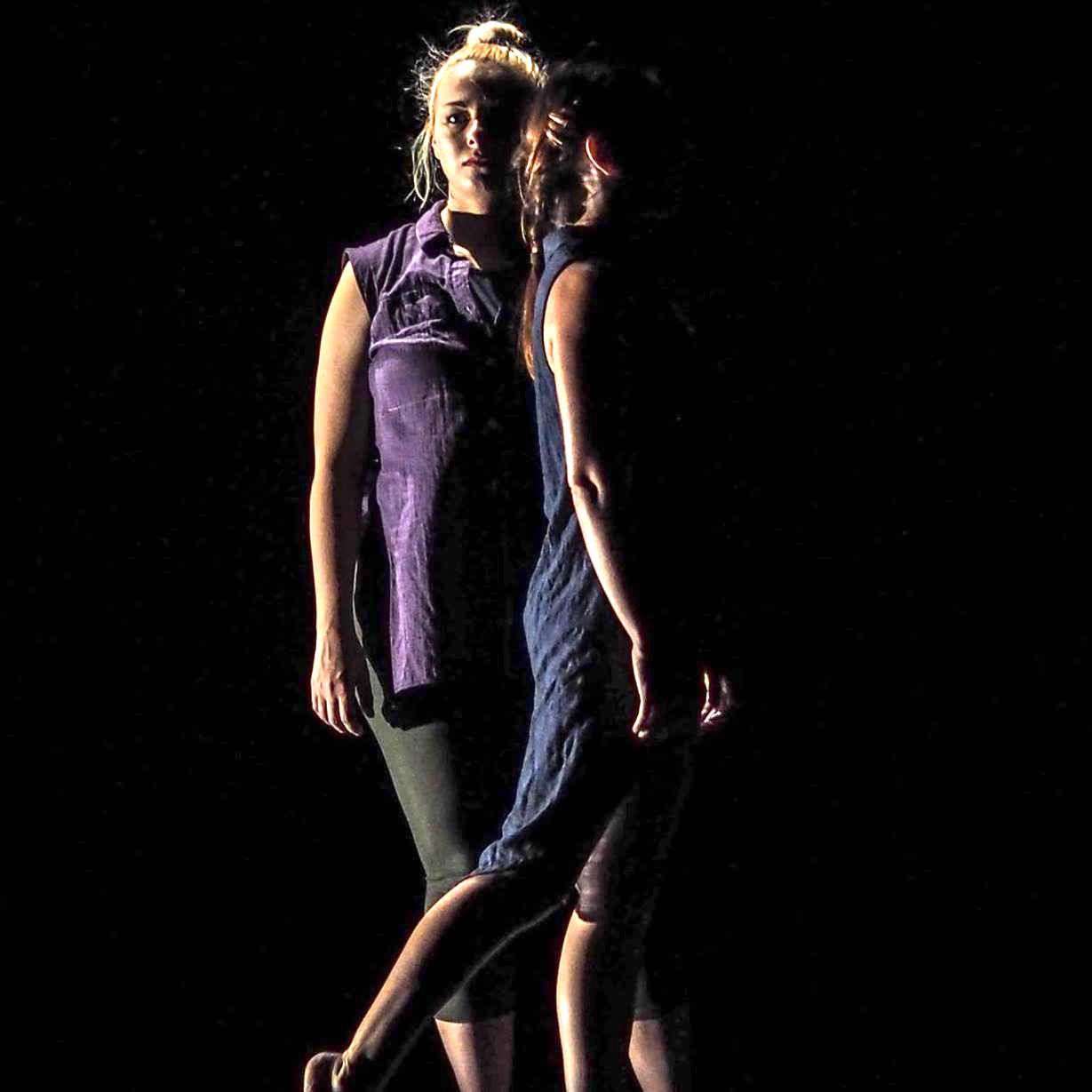 Juliana Tilbury reprised That Belongs to You, Dear (2011), which she this time danced herself with Eric Mullis, who returned to the role. By default their two long, thin, and tangling bodies, coupled with the piece’s title, suggested a romantic rapport. Yet there was nothing sexual about the duet; on the contrary the two dancers beautifully conveyed the awkwardness and struggle that accompanies any intimate relationship, especially long term. They had a sort of cat and mouse exchange, purposely never timing their connections quite right. When they did unite, spooning on the marly or in a effortless lift, Mullis and Tilbury surrendered to each other with a sense of fleeting tenderness that we would all be lucky to experience. That Belongs to You, Dear faded into the night with the couple still dancing (different phrases) close to each other, but not connecting.

Two trios filled the space between Dislocate and Dear. Tilbury’s Four Walls made its debut in “Shelter” (coincidence?). E.E. Balcos (Associate Professor of Dance at UNC Charlotte), Jackie O’Toole (Assistant Professor of  Dance at Johnson C. Smith University), and the choreographer moved with strength, confidence, and ease, in contact and alone. Their intended relationship was not entirely clear, although I didn’t mind. Inspired by watching this trio of seasoned and sure dancers move with abandon and grace, I almost wasn’t ready for Four Walls to close as Tilbury wrapped up a riveting solo, walking slowly off stage as the lights faded. 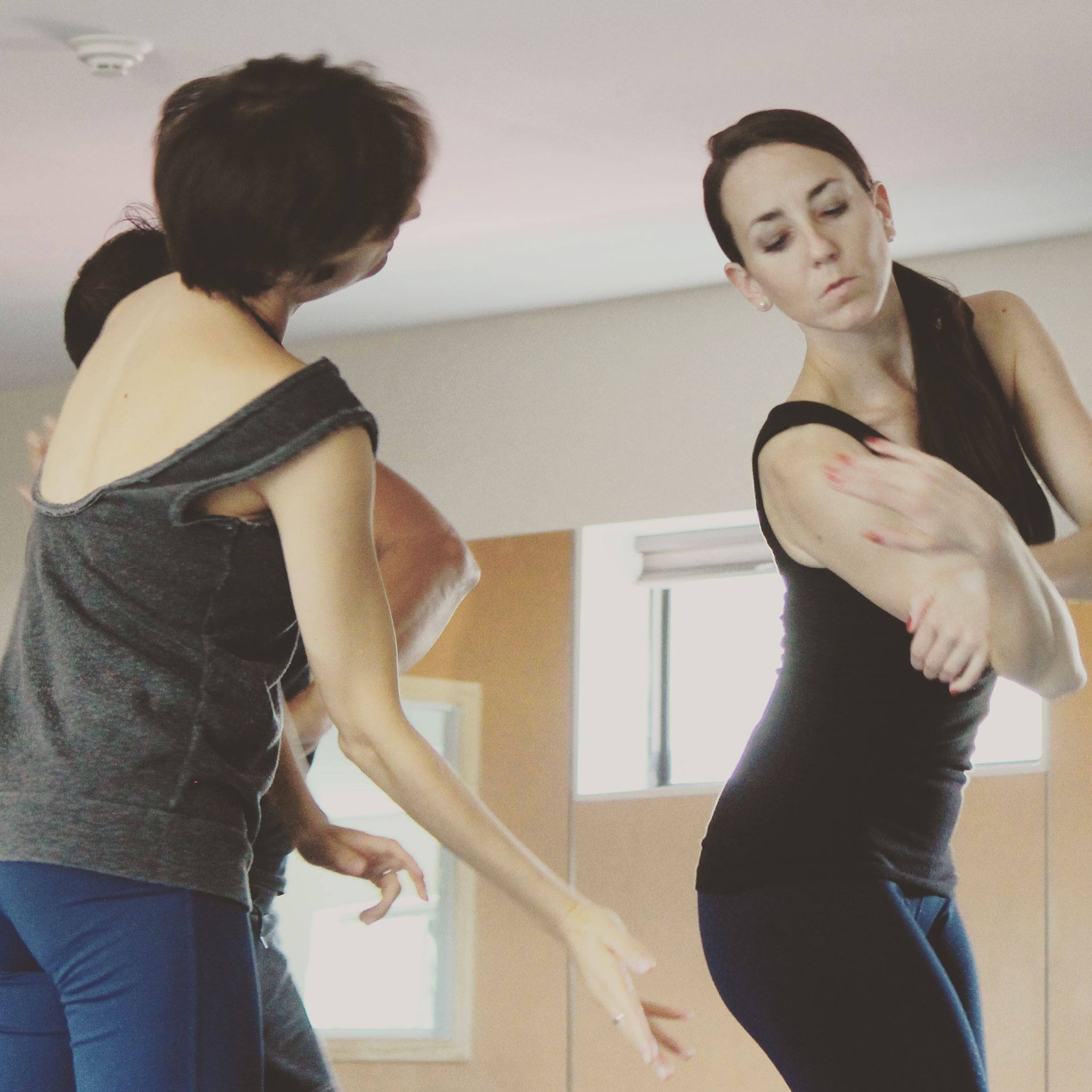 Council presented an excerpt of Staring at Stones (2012) to the Appalachia music of Donna Ray Norton and others. Duncan, Horne, and Tilbury were captivating in their powerful movement and the rag tag chic costumes by Mandarin Wu. I secretly subtitled the piece Oh, Sister, Where Art Thou (if the sisters were angry, badass, prairie wives, fed up with the misogynistic, condescending, and abusive behavior of their male counterparts who were probably gallivanting about, waiving their rifles in the air, bullying native tribes and grabbing women’s pussies. Ok, maybe I let my imagination run wild… or I just watched the second presidential debates.) But these women WERE wild – with passion and conviction to their dancing and characters. Stones was the clearest piece in “Shelter” in terms of intent and personality. When they wiped their hands to the side of their skirts, looking off in the distance, you knew what they were thinking; when they partnered and repeated tableaus, their supportive bind only strengthened. These four women (as I am including the choreographer) left me feeling empowered and grateful. My only regret was that Stones was the third piece in a row to conclude with the dancers, again, walking slowly into the dark – a beautiful image, but we had seen it before… twice.

So, thank you Juliana and Sarah for “Shelter” – shelter from mediocrity, from excessive virtuosity, from work that is under rehearsed. Thank you for not spoon feeding us or being too obtuse. Thank you for your engaging, thoughtful, and skillful dances and dancers. As I walked out of “Shelter” into Matthew’s drizzle, I felt refreshed and hopeful for the forecast of dance in Charlotte. I’ll certainly be on the look out for your next landfall.